To train a good model, you need lots of data. Luckily, over the last few decades, collecting data has become much easier. However, data is still a major constraint for most large-scale Machine Learning projects along with computational power.

There is an art to collecting data. One popular technique used especially in image recognition and detection is Data Augmentation. A single picture can be flipped, rotated, cropped, or recolored to create “new” data.

However, there is little value to data if you use it incorrectly. Even if you double or triple the dataset manually or through data augmentation, without proper partition of data, you will be left clueless on how helpful adding more data was. In fact, if you partitioned your data correctly, you might have concluded that you didn’t need more data!

The most naïve way of using data is to allocate all data to the training set, the set used for training the model. This is definitely not recommended for any real projects, but it may work for simple examples just to test theoretical concepts. Because there is no data allocated to test the trained model, the problem must be simple enough so that a human could easily look at the model to evaluate its accuracy. 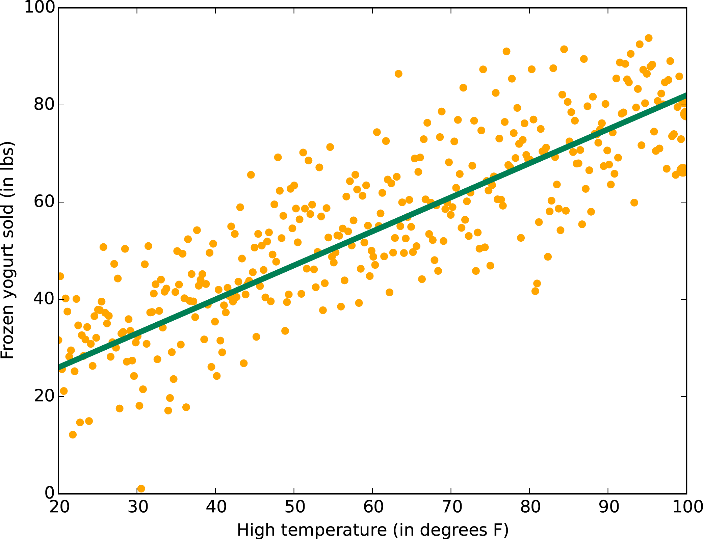 Above is one case where it is somewhat acceptable to allocate all data to the test set. You assume that there is a linear correlation between temperature and sales of frozen yogurt and want to predict frozen yogurt sale. In this simple model, you can visualize the data and the model with a 2D plot, so it is easy to evaluate the model.

However, in most models both the data and the model is obscure, and it is impossible to evaluate the model by looking at plots. Therefore, in any project, some data is allocated for the test set.

The Train - Test partition is a significant improvement to the first “partition.” You allocate most of the data to the training set but leave enough data for the test set. The test set allows you to objectively evaluate the performance of your model.

Note that if you do train your hyperparameters with the test set, the test set no longer functions as a test set and should be called a dev set.

Now suppose that you find that the error for training and the development set is similar, but the you get a error spike for the test set. Then you can then conclude that the model has overfit the dev set, and that you should enlarge the dev set.

Although the standard Train - Dev - Test partition works well in most times, sometimes you need another partition. Consider you want to build a self-driving car model using the black box camera. Unfortunately, you have a small amount of data. So, you decide to use a game to simulate the traffic and get data. Now you might have enough data to train the model, but the data is a mix of simulated and real data. 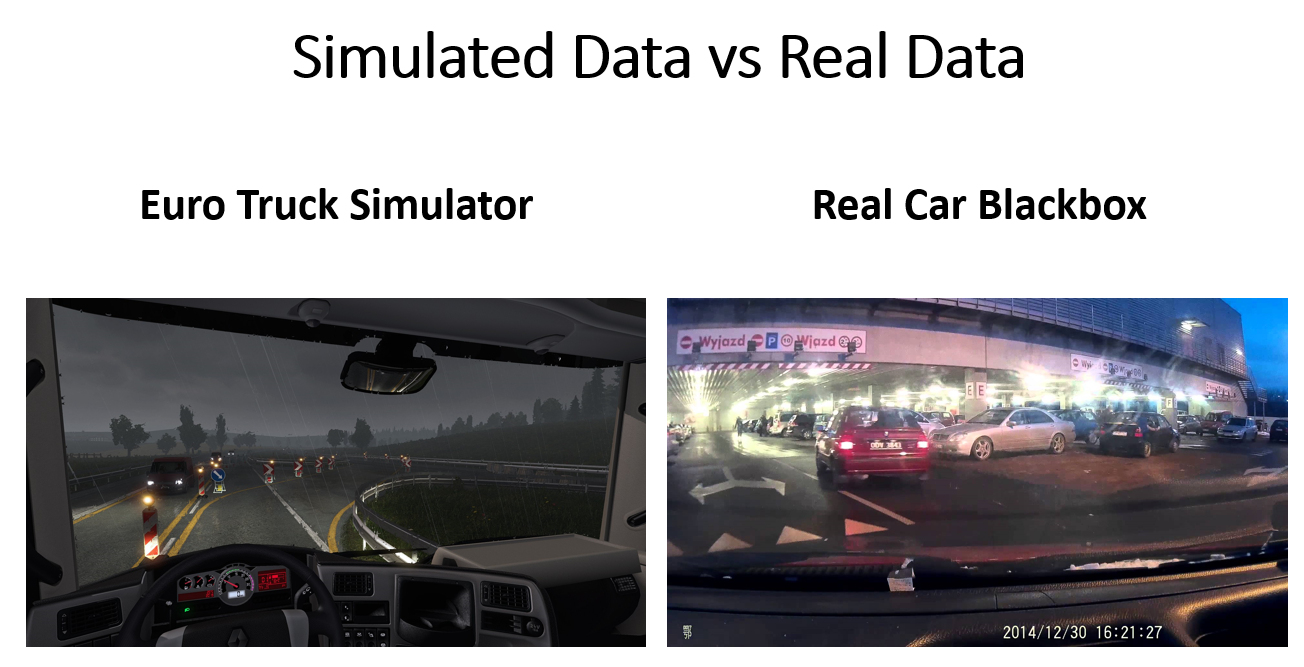 Then, how would you divide this mixed data? Because your goal is to train a model that drives a car in real life, your dev set and test set must have data from real life. Then, the only place the simulated data belongs to is the training set. Therefore, your training set and dev set has different data sources.

Therefore, we need to add a new partition called the Train-Development set. The data from this set is also simulated. Then, when comparing the train set and the train-dev set, only the data points changed.

Now, we can solve the problem we encountered. Suppose that we get a 4.8% error from the train-dev set. Then, the error spike is between the train set and the train-dev set, so we can conclude that the model is overfitting.

Therefore, by adding the train-dev set, you can once again infer the primary cause of error.

You now know what partition scheme to use! The natural next question would be how large each partition is. One naïve way would be to divide data equally, but there are more effective partition sizes. In my next post, I will discuss the optimal partition sizes.