Last week, I received a couple of emails indicating that one issue every two weeks would work best for them. A big thank you to those who sent feedback! I am experimenting with the bi-weekly issues, and I hope to make a decision in January. If you have any suggestions or feedback, please email me!

In this issue, we look at using human demonstrations to help robots learn and automatically selecting data augmentation methods for RL.

Reinforcement learning requires a large amount of interaction data. However, it is difficult to get such an amount in real-world applications such as robotics. The authors propose using demonstration videos of humans performing the same task to train agents and show that this allows for greater sample efficiency.

To learn with off-policy RL algorithms such as Soft Actor-Critic (SAC), the agent keeps a buffer of past interactions. These interactions contain the previous state, selected action, next state, and the received reward. However, videos of human demonstrations only show the states. Therefore, to use these videos, the agent must synthetically generate actions and rewards from pairs of previous and next states.

For actions, an inverse model is trained. Given the encodings of the previous and next state from real interaction data, the model is trained to predict the action selected for this interaction. This model is then used to generate artificial actions for videos. For rewards, no learning is done: for each video, a large reward is given for the terminal state, and a small reward is given for non-terminal states.

The authors evaluate their model (RL with Videos; RLV) with simulated robot environments using SAC. On experiments with demonstration videos of other agents, RLV solves tasks faster than other approaches (ILPO, BCO, SAC), and with videos of human demonstrations, RLV learns faster than SAC or SAC with an exploration algorithm (Random Network Distillation).

It is impressive that real-world demonstrations can be used when the visual domain shift is so apparent!

Generalization is an important challenge in RL: we want agents that can understand environment dynamics and make decisions, not agents that memorize specific trajectories. One such way to improve generalization is data augmentation. Data augmentation is already widely used in other machine learning fields such as computer vision. However, it is not as prevalent in RL as many popular environments are not invariant to common augmentation methods such as rotations or flips.

To ensure that data augmentation techniques preserve the agent’s interpretation of the state, the authors introduce regularization terms for both the policy and value functions. The policy function is regularized to encourage that the output action distribution is the same when given the augmented state or the original state. Similarly, the value function is regularized to encourage the same value estimates when given augmented or original states.

DrAC is tested on the Procgen Benchmark with eight possible transformations: crop, grayscale, cutout, cutout-color, flip, rotate, random convolution, and color-jitter. UCB-DrAC outperforms the baseline PPO, as well as the two other approaches (RL2-DrAC, Meta-DrAC). When compared to the best result out of all eight transformation methods, UCB-DrAC also attains similar performance, showing that it can indeed find the best data augmentation method.

Although meta-learning methods showed worse results than UCB in all scenarios, I am thankful that the authors included them in the paper. Negative results in papers can bring new insights to the reader.

SoftGym (Benchmark)
A new set of benchmarks that simulate manipulation of deformable objects. 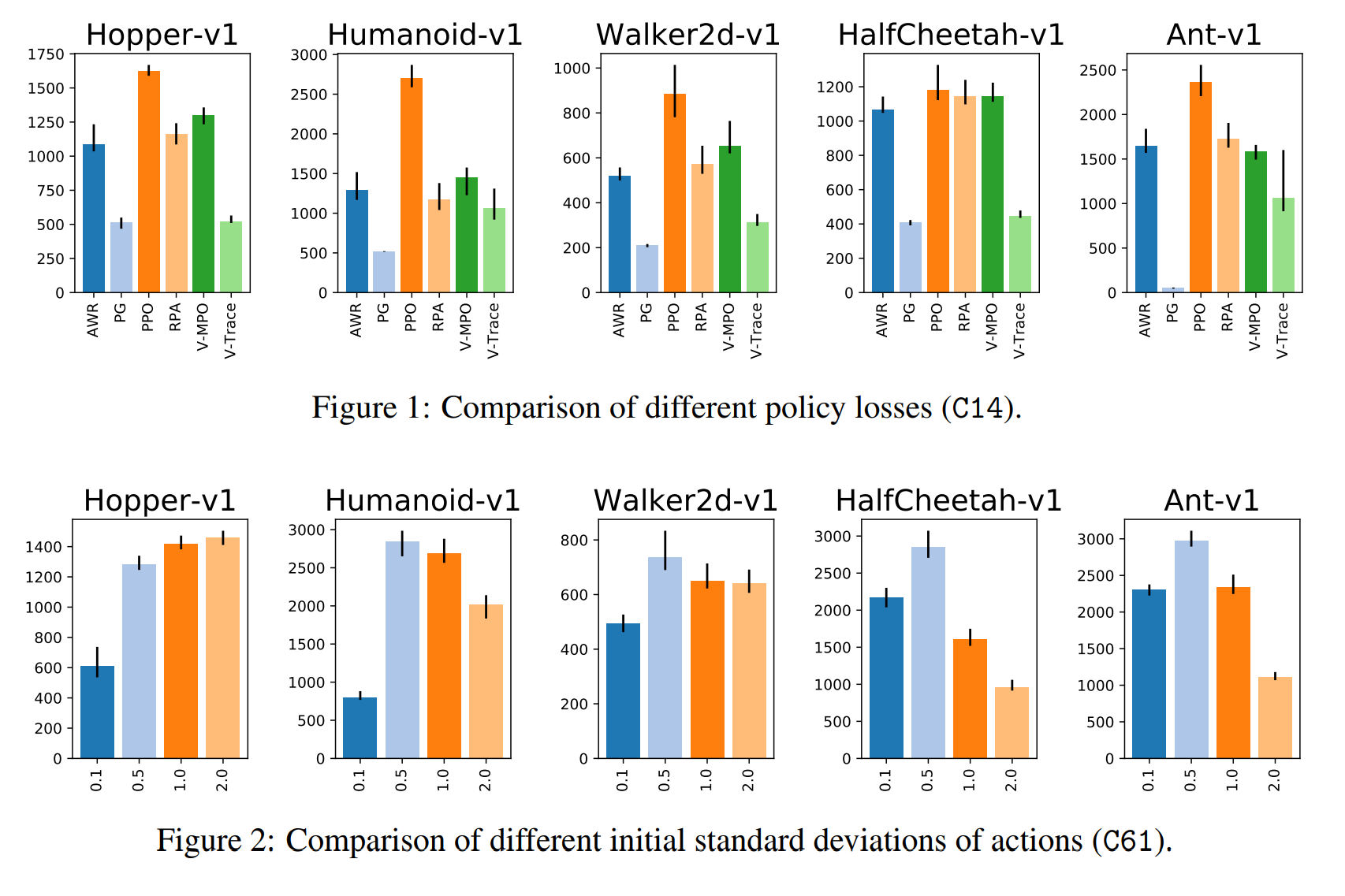