Proximal Policy Optimization (PPO) is a reinforcement learning algorithm published by OpenAI (Schulman et al.) in 2017. It is a policy gradient algorithm that succeeded Trust Region Policy Optimization (TRPO) with the benefit of being easier to implement without a drop in performance. It has become one of the most commonly used baselines for new reinforcement learning tasks, and its variants have also been used to train a robot hand to solve a Rubik’s cube or win Dota 2 against professional players.

This work is a part of my Google Summer of Code project. Google Summer of Code connects student developers with open source organizations. Students are assigned mentors from the organizations to help them contribute to their software. I had the pleasure of working with Brad Larson and Dan Zheng from TensorFlow, and this work would not have been possible without them.

Proximal Policy Optimization (PPO) is an Actor-Critic method. As the name suggests, the Actor-Critic system has two models: the Actor and the Critic. The Actor corresponds to the policy $\pi$ and is used to choose the action for the agent and update the policy network. The Critic corresponds to the value function $Q(s, a)$ (for action value) or $V(s)$ (for state value). The Critic updates the parameters of the network for the value function used during the Actor update.

The actor network receives observation (state) as the input and outputs a list of probabilities, with one probability per action. These probabilities form a distribution, and the action can then be chosen by sampling from this distribution.

To represent the state value function, the critic network also receives the state as the input and outputs a single number representing the estimated state value of that state.

We need two neural networks ActorNetwork and CriticNetwork in S4TF using the Layer protocol. During initialization, we define dense layers by their input and output sizes and activation functions. Then, we allow the network to be called as a function using the Tensor.sequenced() function.

We will use the same layer size for the input layer and the hidden layer. Some implementations have the actor and the critic to share parameters, but we will use different parameters here.

Like A3C from Asynchronous methods for deep reinforcement learning, PPO saves experience and uses batch updates to update the actor and critic network. The agent interacts with the environment using the actor network, saving its experience into memory. Once the memory has a set number of experiences, the agent updates its networks using all the experience it collected for a set number of epochs. Once the training is finished, the agent clears the memory and starts interacting with the environment with the updated actor network.

Finally, PPO stores different components as experience, since its update equation is different. Each experience for PPO consists of five components: the state the agent was in, the action it took, the log probability of the chosen action, the reward it received, and whether the episode finished.

We can create a PPOMemory struct to represent this memory. Each component can be stored separately using Swift arrays, and we can define append() and removeAll() functions to update them.

In policy gradient methods, we use gradient ascent to maximize the objective function. First, we define the probability ratio $r(\theta)$ between old policy $\theta_{old}$ and new policy $\theta$.

Instead of GAE, we will use the advantage function from A3C:

In S4TF, these advantages are computed per step by iterating backwards through the rewards in the memory and multiplying them by the discount factor.

We also normalize the advantage function by subtracting by the mean and dividing by the standard deviation added by a small number to ensure numerical stability.

However, the naive objective function $L^{NAIVE}(\theta)$ can be unstable when the action selection probability is low with the old policy, since $r(\theta)$ is high, making the updates extremely large.

PPO suggests two possible fixes: PPO-Clip and PPO-Penalty. Let’s focus on PPO-Clip since it is more commonly used. PPO-Clip simply clips the probability ratio $r(\theta)$ to constrain the size of the update. The ratio is constrained to be between some interval $(1 - \epsilon, 1 + \epsilon)$, where $\epsilon$ is a clipping hyperparameter. Then, the objective function becomes:

Finally, we add an entropy term to encourage exploration. Then, the final objective function is:

Note that we want to minimize $\color{red}{L^{VF}(\theta)}$, so we use the negative objective.

These updates are done for multiple epochs, then the memory is discarded. This completes the PPOAgent class.

Now, all that is left to do is to put everything into the training loop. We simply need to run agent.step() at every step and run agent.update() once there is enough experience in the memory.

We skipped hyperparameter and variable initializations and some logging, but that is all the code we need for Proximal Policy Optimization!

We now have a working Proximal Policy Optimization agent! Like DQN in our previous post, we tested this on CartPole-v0, a simple environment with the goal of balancing a pole on top of a cart by moving the cart left or right. It is a widely used environment for some basic tests, as the environment is simple and the simulator is fast. The maximum cumulative reward is 200. 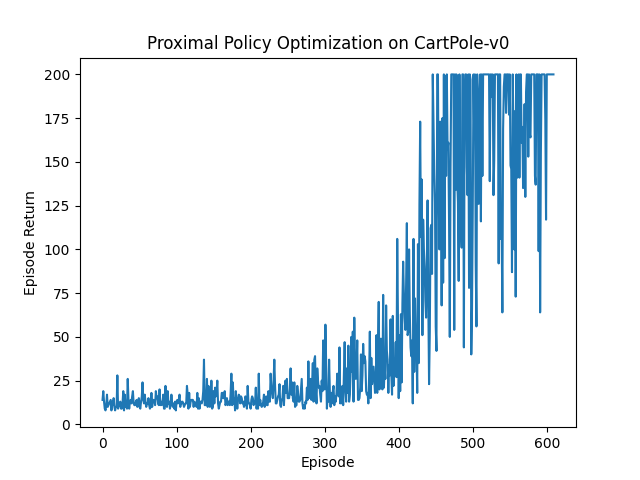 We train the Proximal Policy Optimization agent until it can reach the maximum score of 200 for 10 consecutive episodes. The agent achieves this goal consistently in less than 1000 episodes.

You can find the entire code at tensorflow/swift-models repository in GitHub and the appropriate PR. Download the code and run swift run Gym-PPO to try it yourself! 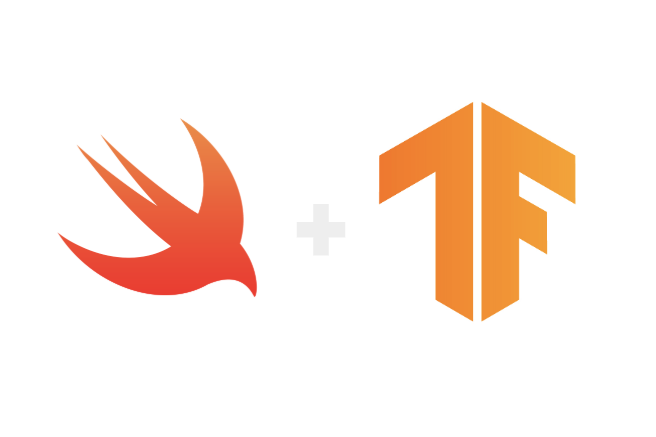 Train a Deep Q-Network with Swift for TensorFlow (S4TF) 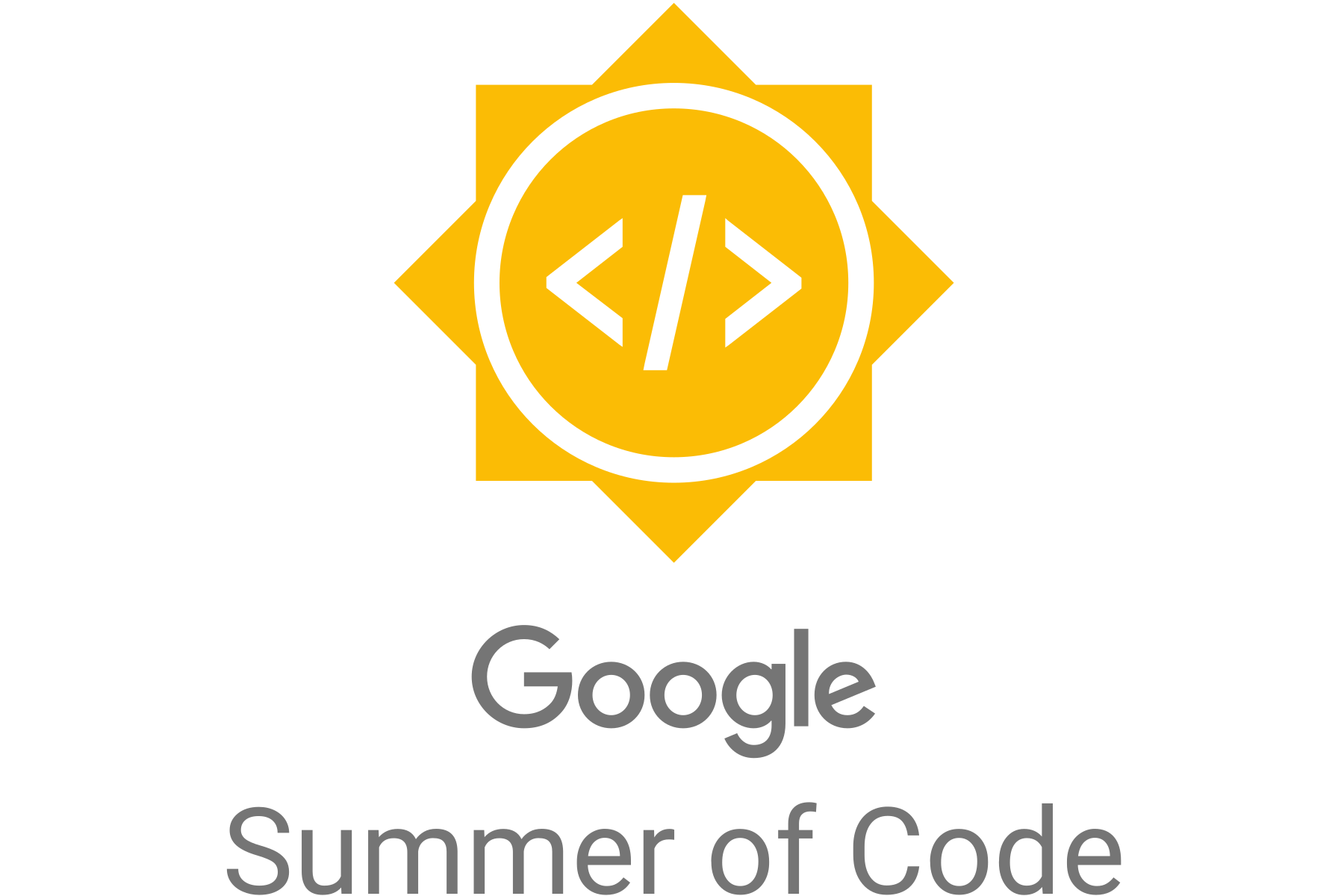 Retrospective of Google Summer of Code 2020 with TensorFlow